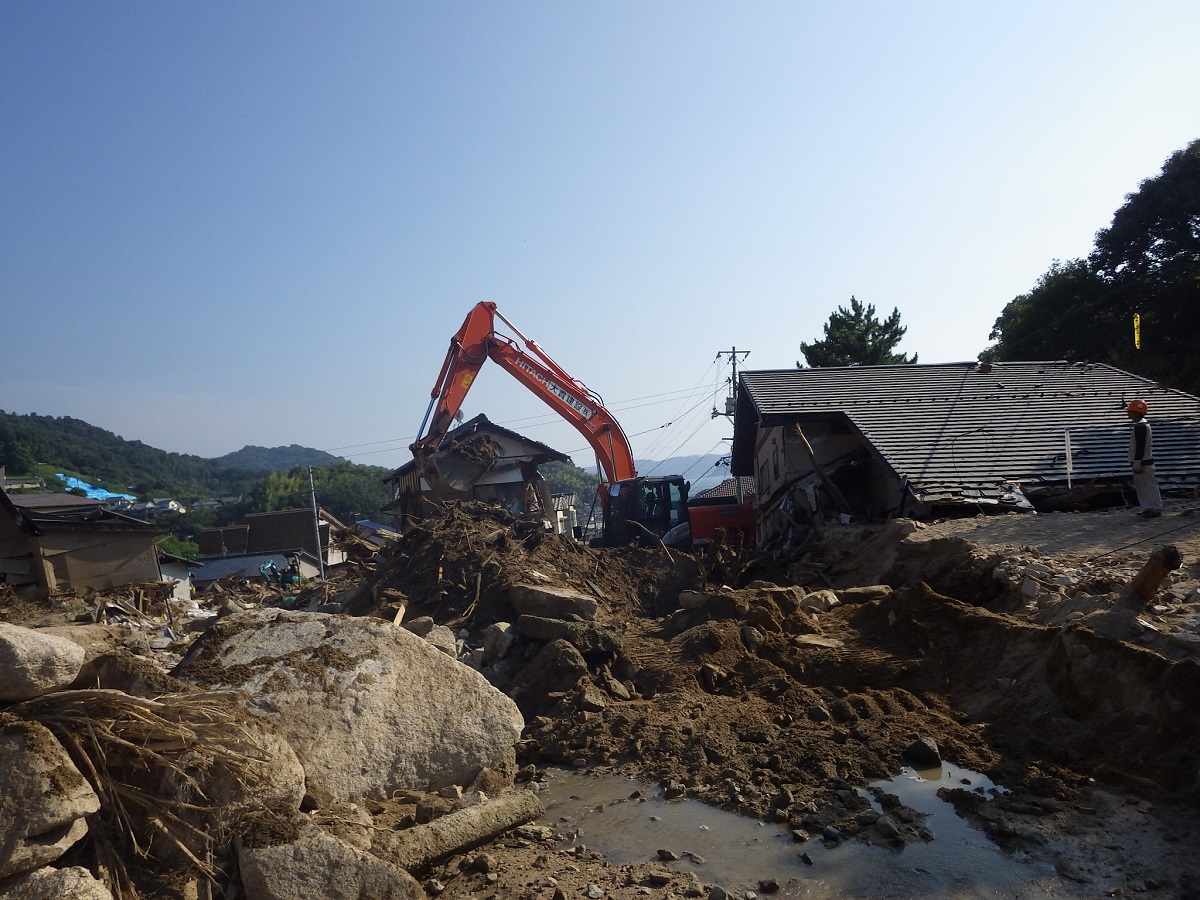 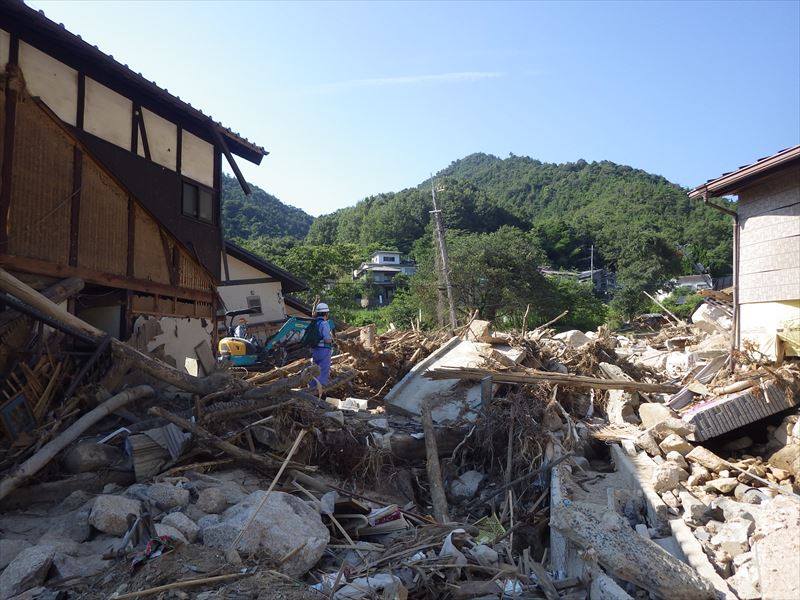 As a month passed since the heavy rain and severe flooding hit western Japan, Kanto Regional Development Bureau of Ministry of Land, Infrastructure, Transport and Tourism have sent a total of 264 emergency disaster response personnel to the devastated area, the largest number dispatched by the office since the launch of TEC-FORCE in 2008. Four members of a high-tech training group started their work on August 8, which is the last group of the force remaining in the area. As debris and waste piled up by the massive rain block rivers and roads, “the aid will be dispatched upon requests from local governments,” an officer of the bureau said.

Fifty squads of TEC-FORCE, total 1485 members from several reginal bureaus including Chugoku and Shikoku have worked in the area. Special purpose vehicles such as pumping trucks and water-spraying trucks were dispatched along with the force as well as a helicopter, sandbags and drinking water. The group in operation has been undertaking clearing roads and rivers of mud and debris in cooperation with local construction companies. (2018/08/08)