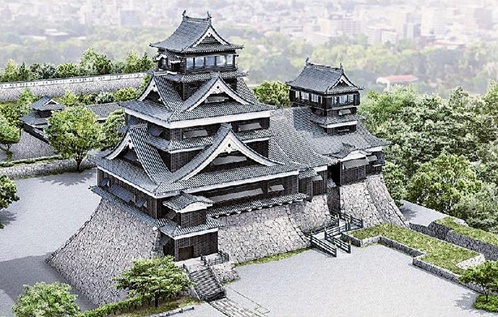 Kumamoto City selected Obayashi Corp. as a preferred bidder to restore Kumamoto Castle which was severely damaged by a series of powerful earthquakes in April. The main tower is to be repaired by the end of March 2019 according to the firm’s proposal. The company aims to complete all works of the construction in March 2021. The total cost is estimated by the contractor at 6.6 billion yen.

With an aim to become a symbol of the reconstruction of the city, the castle tower will be open to public in time with 2019 Rugby World Cup to be held all over Japan including Kumamoto City. Anti-quake reinforcements of the structure and installment of an elevator are part of the project. (2016/10/26)