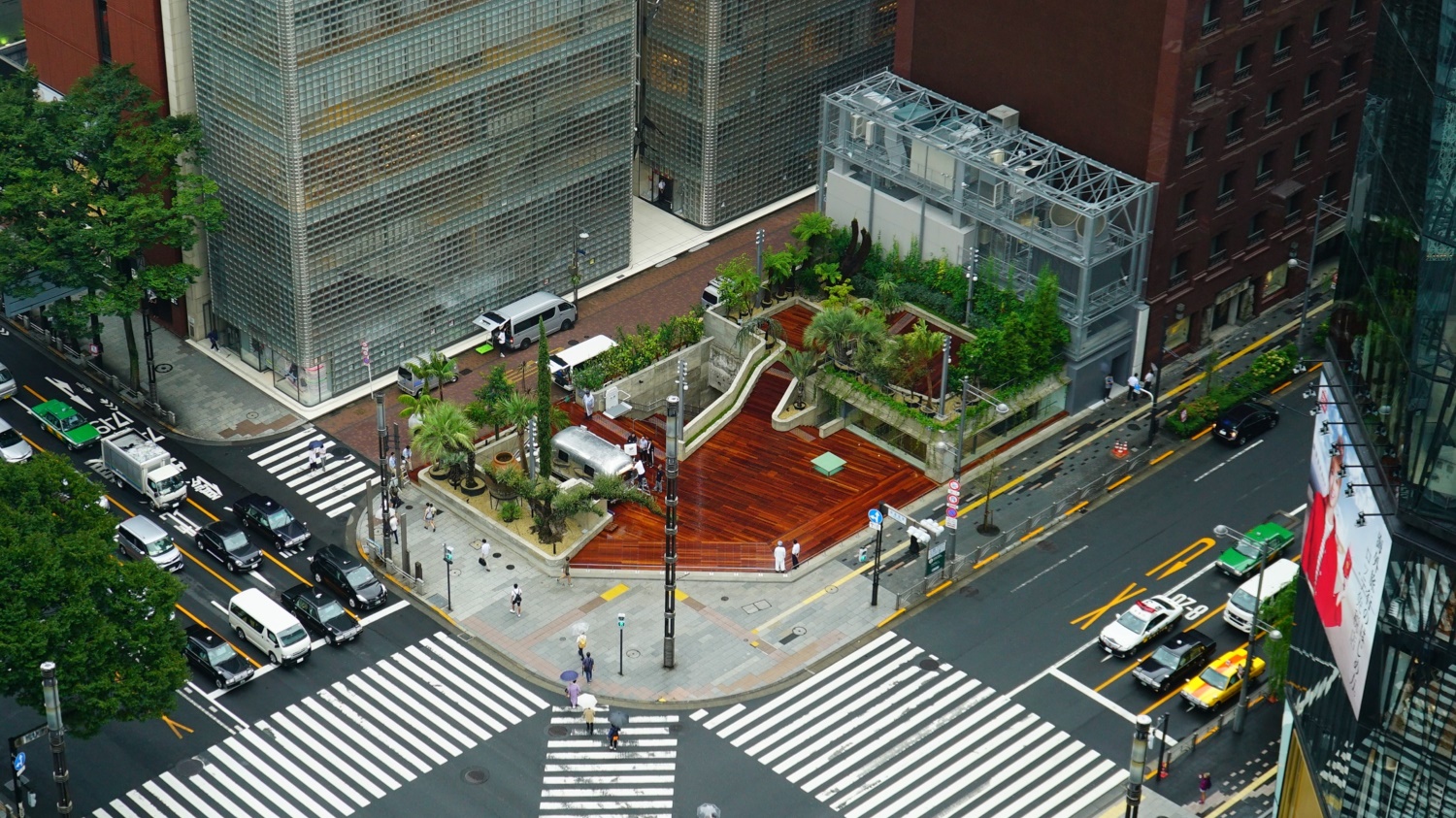 Japanese electronics giant Sony opened Ginza Sony Park at the former Sony Building site in Ginza, Tokyo on August 9. “The Ever-Changing Park” will be closed in fall 2020 and replaced by a new building in 2022.

Taisei Corporation constructed the 707m2 park on the ground and renovated four underground floors of the former building. “The lower park” has shops and restaurants and will host events from time to time as well.

Construction of the park is the first phase of the project to redevelop the former Sony Building which was one of the landmarks in Ginza since its initial open in 1966. President of a park operator Sony Enterprise Daisuke Nagano referred to the park as “an experiment”, saying “doing what others don’t is Sony’s DNA.” (2018/08/10)