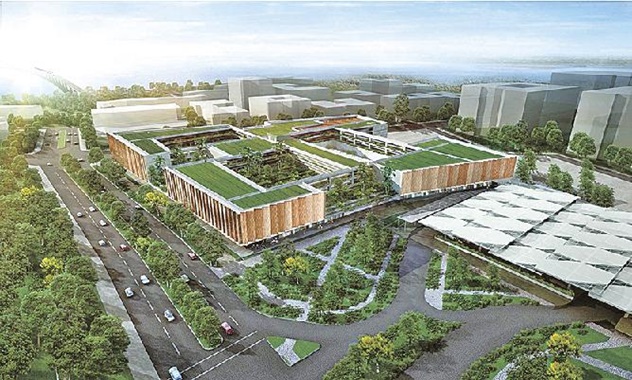 The Land Transport Authority (LTA) of Singapore announced on November 26th that it has awarded the first contract to construct the rapid transportation system (RTS) connecting Singapore and Johor Bahru, southern Malaysia to Tokyo-based contractor Penta-Ocean Construction. The contract covers construction of a terminal station, a tunnel, and related facilities. The contract value is 932.8 million Singapore dollars, equivalent to approximately 72.4 billion yen. The RTS Link will run four kilometers between Woodlands North Station on the Thomson East Coast Line (TEL) of the MRT in northern Singapore and Bukit Chagar Station in Malaysia. The contract is the first of the two civil works by LTA on the Singapore side. Penta-Ocean Construction will be responsible for the construction of Woodlands North Station, the tunnels, and the customs, immigration, and quarantine building. Construction will begin sometime between January and March 2021 and will be completed by the end of 2026. The remaining works including the viaduct are scheduled to be awarded in January through March next year. The project was temporarily suspended at the request of the Malaysian government until a ceremony to announce the agreement to resume the project was held in July. Penta-Ocean has extensive experience in infrastructure development and building construction in Singapore. It is currently constructing Bright Hill and Orchard stations on TEL. (2020/11/30)