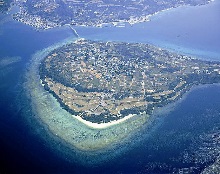 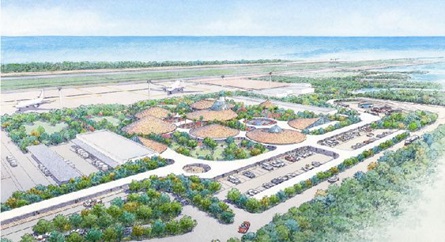 Japanese real estate developers are looking to strengthen resort development as Japan sees increasing number of tourists from overseas. Mori Trust begun in a full swing a large-scaled development in one of the most popular resort destinations Okinawa, the southernmost prefecture of the nation, aiming to open the facility in 2020. Mitsubishi Estate has proposed to upgrade the terminal building of Shimojishima Airport to the prefectural government operating the airport. Inauguration is, if the proposal is accepted, expected in May 2018.

Mori Trust acquired the 33.5 hectare land last December in Motobu-cho in the tourist attractions-accumulated area of the mainland Okinawa. One of the largest hotels in the prefecture will be built on the famous 800-meter long Sezoko Beech in Sezoko Island connecting with the Motobu Peninsula by the bridge.

The plan proposed by Mitsubishi Estate includes a new passenger terminal building at the airport that is currently used for pilot training. The developer jointly with the prefecture intends to invite domestic/international airlines, LCCs and private flights.

Mitsui Fudosan is upgrading the resort hotel in Shima City in central Japan Mie Prefecture, where G7 Summit will be held in May. Followed by opening of renovated NEMU Golf Club in October 2015, the high-end hotel AMAN will open in spring 2016. (2016/1/5)