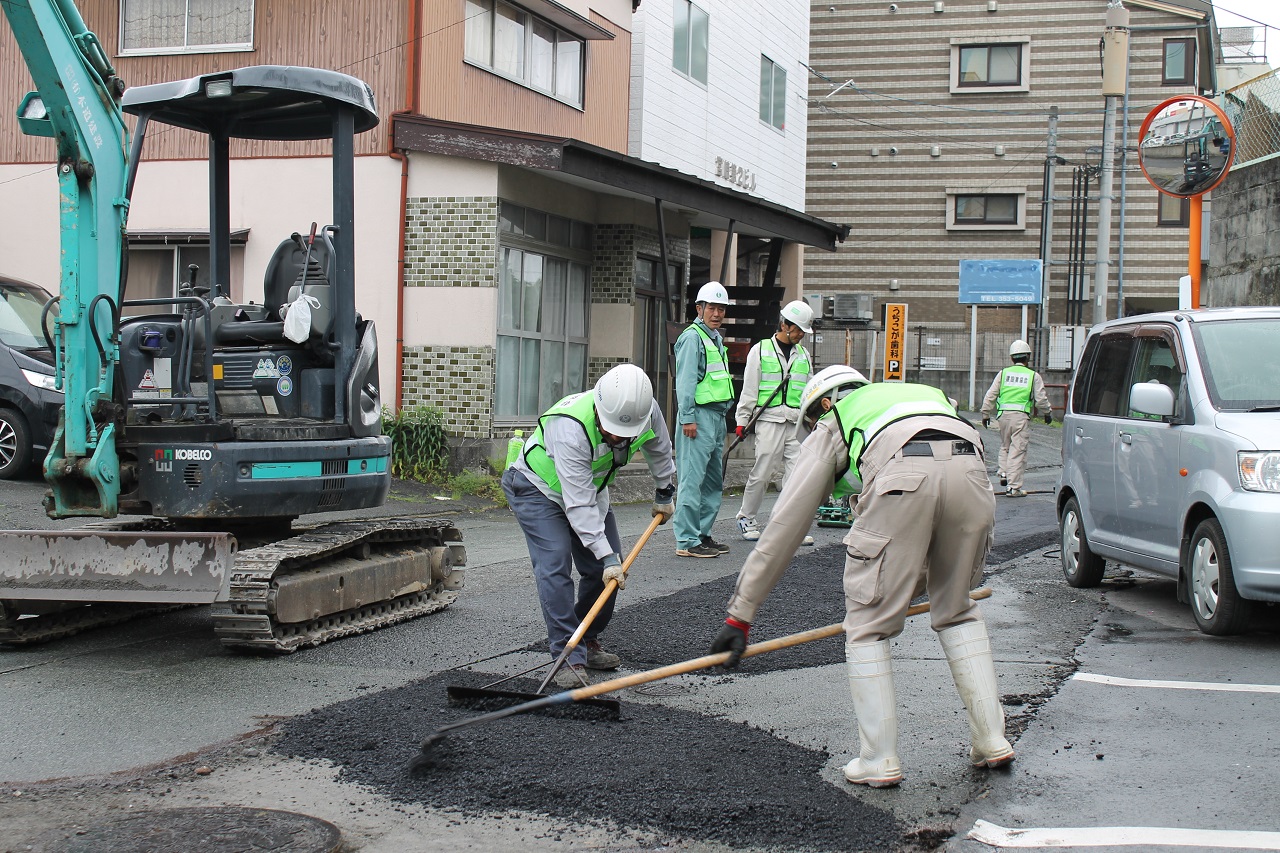 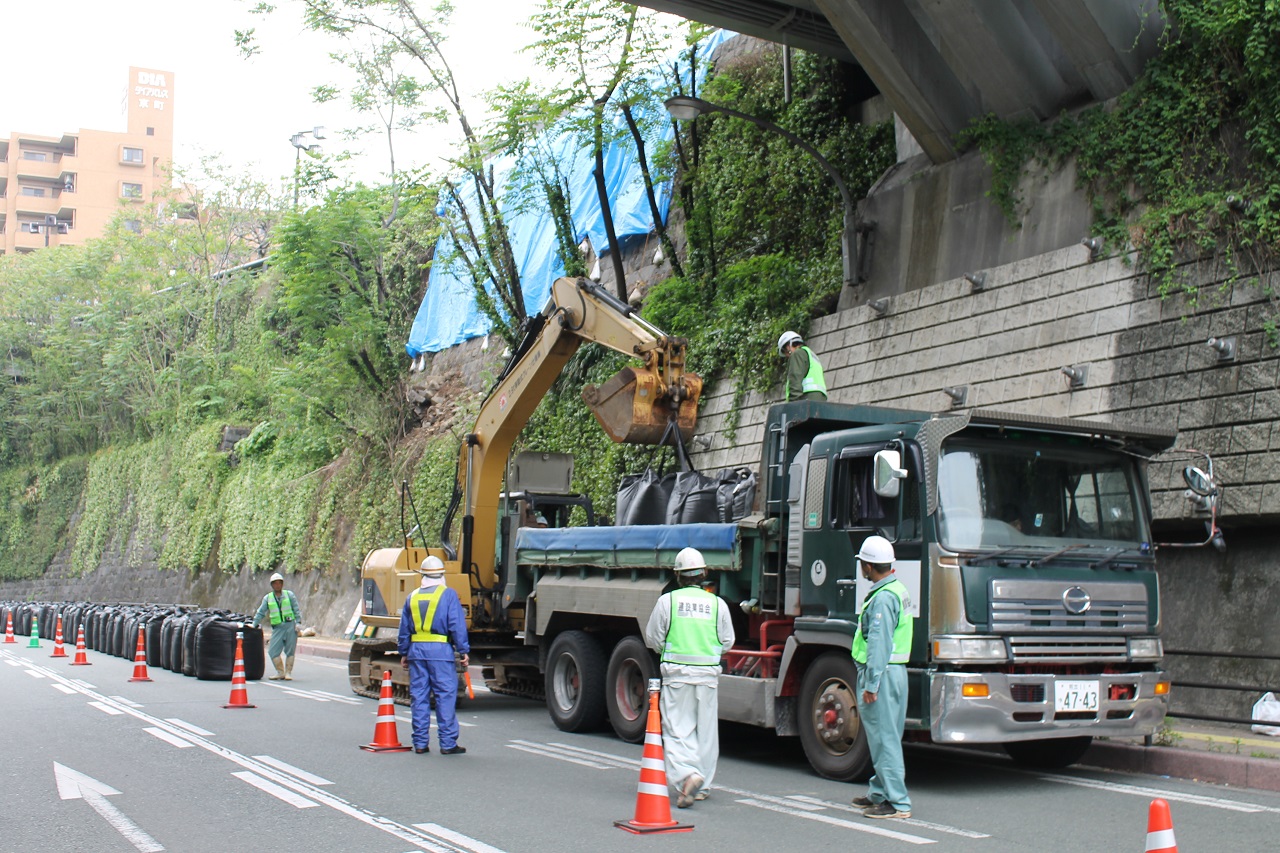 Transporting sandbags by a dump truck 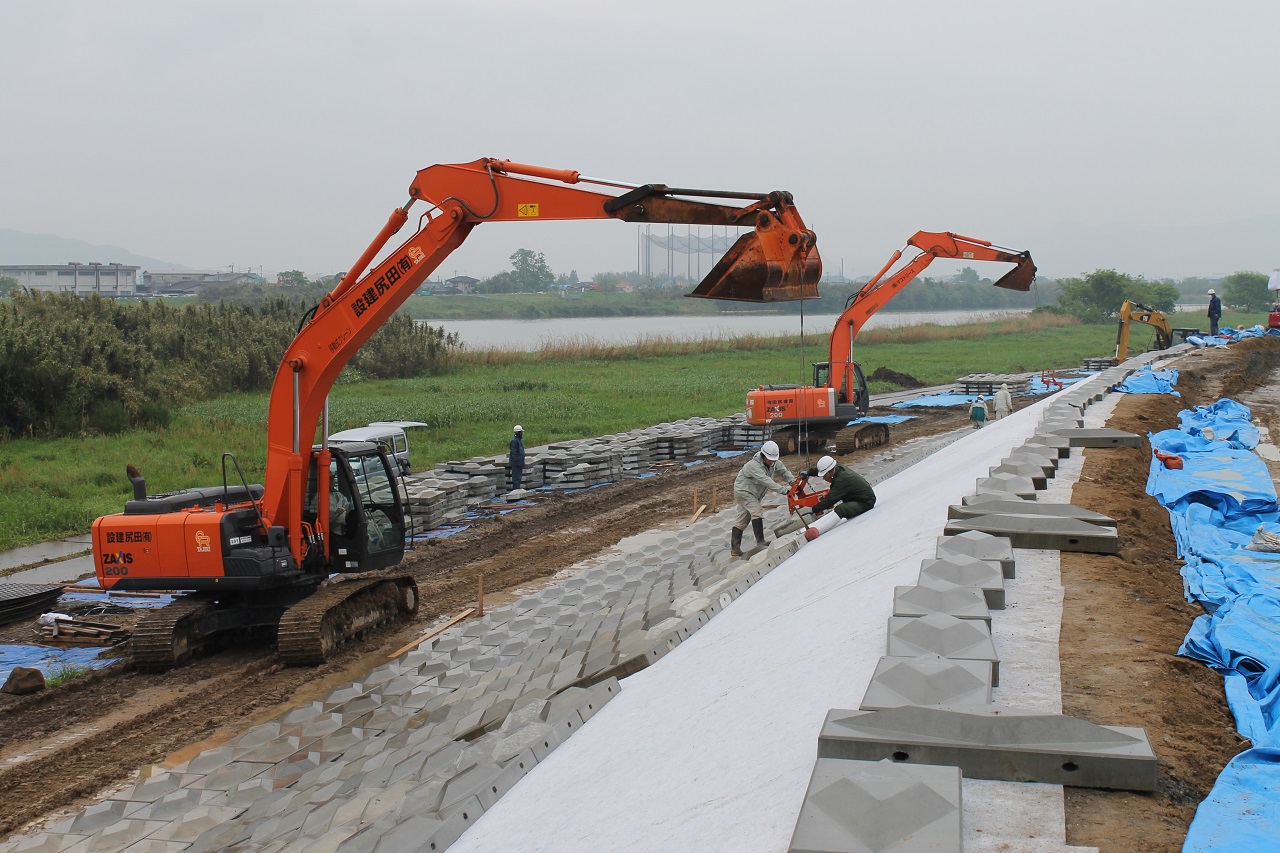 More than ten days have passed since a series of powerful earthquakes hit Kumamoto Prefecture and adjacent regions in Japan’s southern island Kyusyu. As repair works of public transportation and infrastructure are underway, people in the damaged areas are striving to overcome the tremendous sufferings. Local construction companies, despite they are victims of the disaster themselves, are playing a significant role to bring back the safety and security life to local communities.

Kumamoto Castle, a symbol of the prefecture has been severely damaged by the tremors, leaving massive stonewalls collapsed on the ground. A group of local contractors have built a pile of 70 large sandbags weighing a ton each to prevent stones falling to the traffic. In the residential areas in Kumamoto City, construction firms are reconstructing cracked pavement.(2016/04/26)