Tokyo Metro Govt. Reveals Plan of Olympic Athletes’ Village to Be Developed after 2020 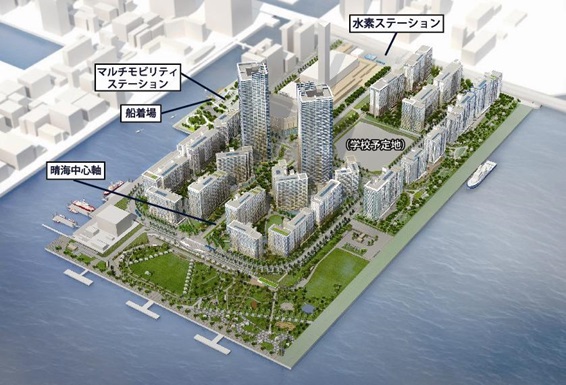 Tokyo Metropolitan Government revealed on March 31 a plan to develop 23 buildings and 5,650 apartments at the 2020 Olympic Athletes’ Village after the games. The office scaled down the initial plan reducing by a building and 300 units. 21 mid-rise buildings to be used for the athletes’ residences during the event are scheduled to complete by December 2019. Two high-rises will be constructed after the games, while the athletes’ residences are planned to be renovated for apartments to let and sell by 2024.

The area to be developed after the Olympics will have two 50-story towers and a retail complex, as well as serviced apartments and houses for the elderly. With an aim to develop an environment-friendly community, fuel cells will be equipped at each apartment and commercial blocks. Terminal for Bus Rapid Transit (BRT) system is to be developed as well. (2016/04/04)