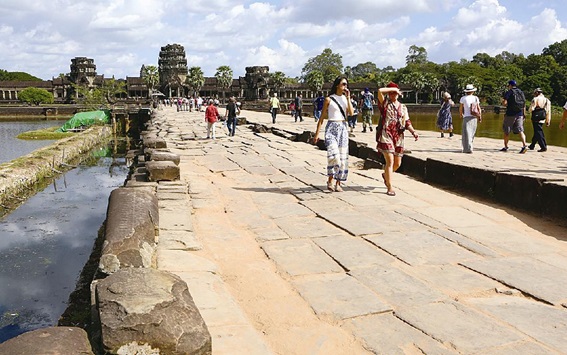 Restoration of Cambodia’s ancient temple “Angkor Wat” has started with Japanese financial and technical assistance. Tokyo-based Sophia University, commissioned by the government of Cambodia has planned and conducted the work to rehabilitate the western causeway to the site in cooperation with the Authority for the Protection of the Site and Management of the Region of Angkor (Apsara). Construction launched on May 9 with an aim to complete in 2020.

The western causeway of the world’s largest stone temple was built in the 12th century. While it was partly rehabilitated in 1960s with assistance of France, Sophia University which studies a traditional masonry method has implemented renovation during 1996 and 2007 on the first 100 meter section of the 200-meter bridge made of stones. (2016/05/06)