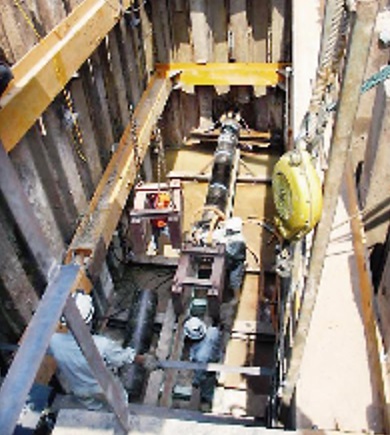 Nara Prefecture-based contractor Moriokagumi has been awarded a contract by Saigon Water Corporation to build an underground water pipe by the pipe-jacking method in Ho Chi Minh City, Vietnam. This will make the second contract received by the company in Vietnam. The builder will construct 110 meter tunnel of 400mm in diameter under the city’s highway. As the cut and cover method, which is usually applied in water works in Vietnam requires road closures and is likely to causes traffic congestions, the employer decided to hire Moriokagumi that has a track record of pipe-jacking construction in Japan and overseas.

Moriokagumi participates in a project group of fourteen small and mid-sized companies which was launched by Hyogo Prefecture-based CBS Group. The group is looking to introducing Japanese civil engineering technologies to Vietnam. (2016/05/23)