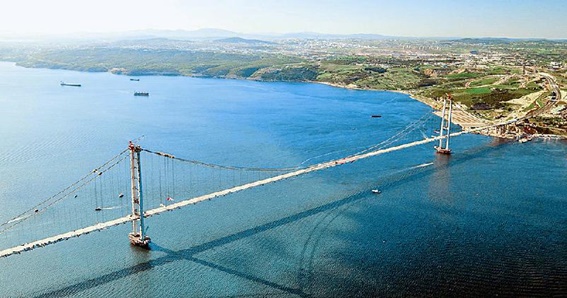 The world’s forth longest suspension bridge opened in Turkey and the inauguration ceremony was held with participation of the nation’s President Eldogan on June 30. Japanese bridge builder IHI Infrastructure Systems Co. was commissioned to build 2,682 meter Izumit Bay Bridge, which makes the longest span the firm has constructed overseas.

The bridge has 252 main towers with the center span of 1,550 meters, connecting the north-south route of the Bay. Opening of the bridge will shorten the travel time to six minutes from one hour by ferry. As IHI Group has constructed several long bridges including the Second Bosporus Bridge in the country, Turkey is one of the most targeted countries to expand its business. (2016/07/04)