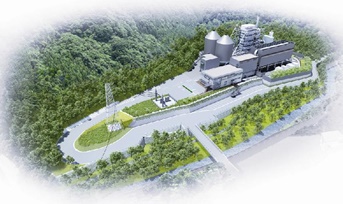 Vice President of Obayashi Shozo Harada said the company hoped to contribute to the local community in Otsuki, while Governor of Yamanashi Prefecture Hitoshi Goto expressed his expectation that the project would use forest resources effectively and strengthen the local forestry industry.

The company will procure 150,000 ton wood for energy resources including thinning timber produced in the region. The plant will generate electricity equal to annual consumption of some 30,000 households. As renewable energy is considered one of the growing sectors of its businesses, Obayashi Corp. is exploring several other possibilities of wood biomass plants in the country. (2015/08/04)