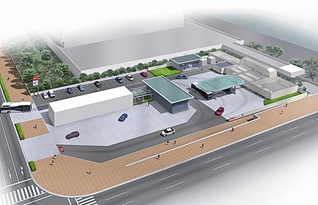 Tokyo Metropolitan Government concluded a basic agreement with a group of six companies led by Tokyo Gas to build a hydrogen station and connecting pipelines at the 2020 Olympic village which was being constructed in Chuo-ku, Tokyo. The consortium will begin construction of the pipelines by the end of the month, followed by appointment of a contractor.

The 4,865m2 site is located at the planned Olympic Village in Harumi. Hydrogen generated at the station will be distributed to residences and retail shops in the village as well as to be used for fuel cell busses.
(2018/03/02)