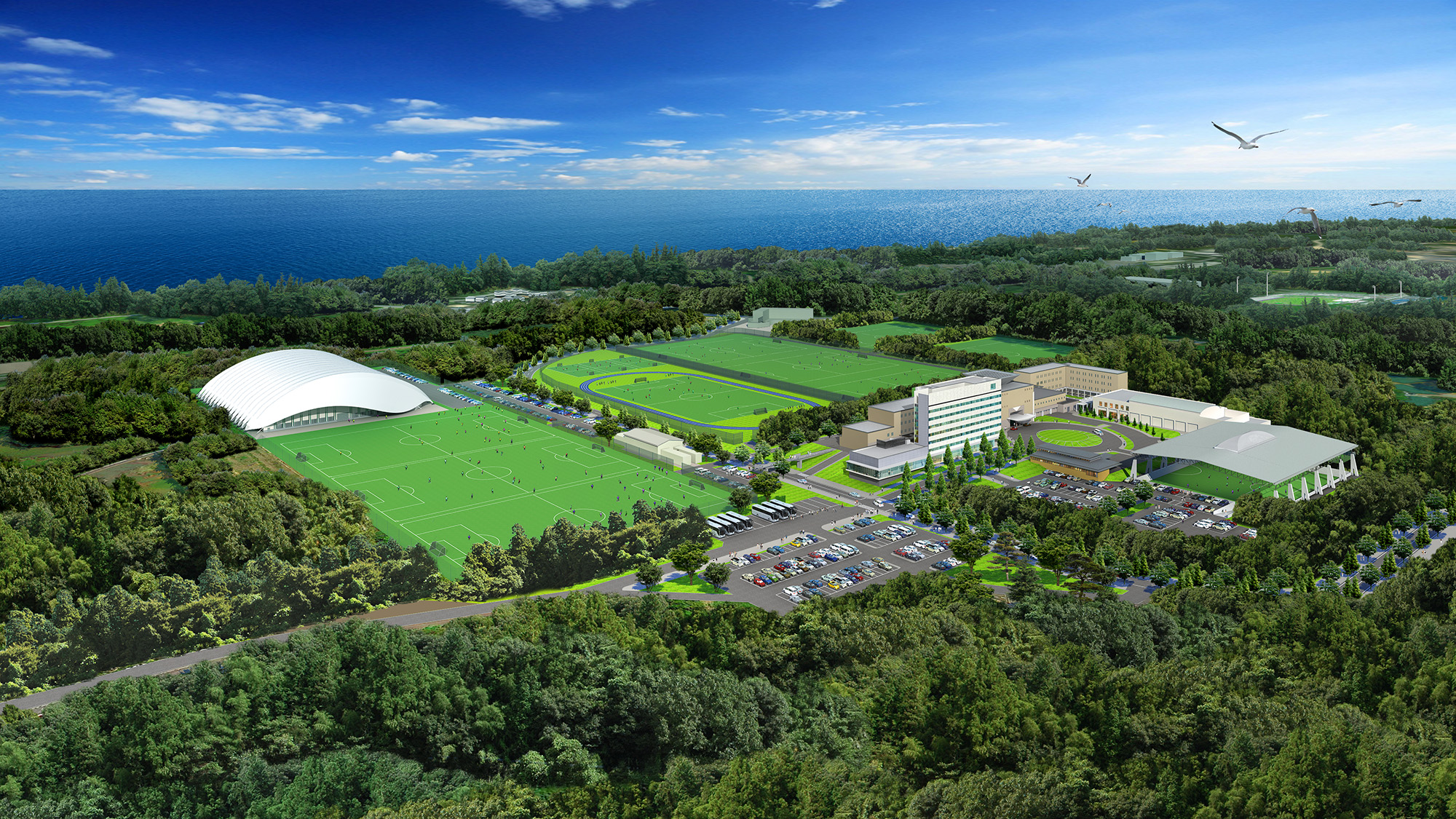 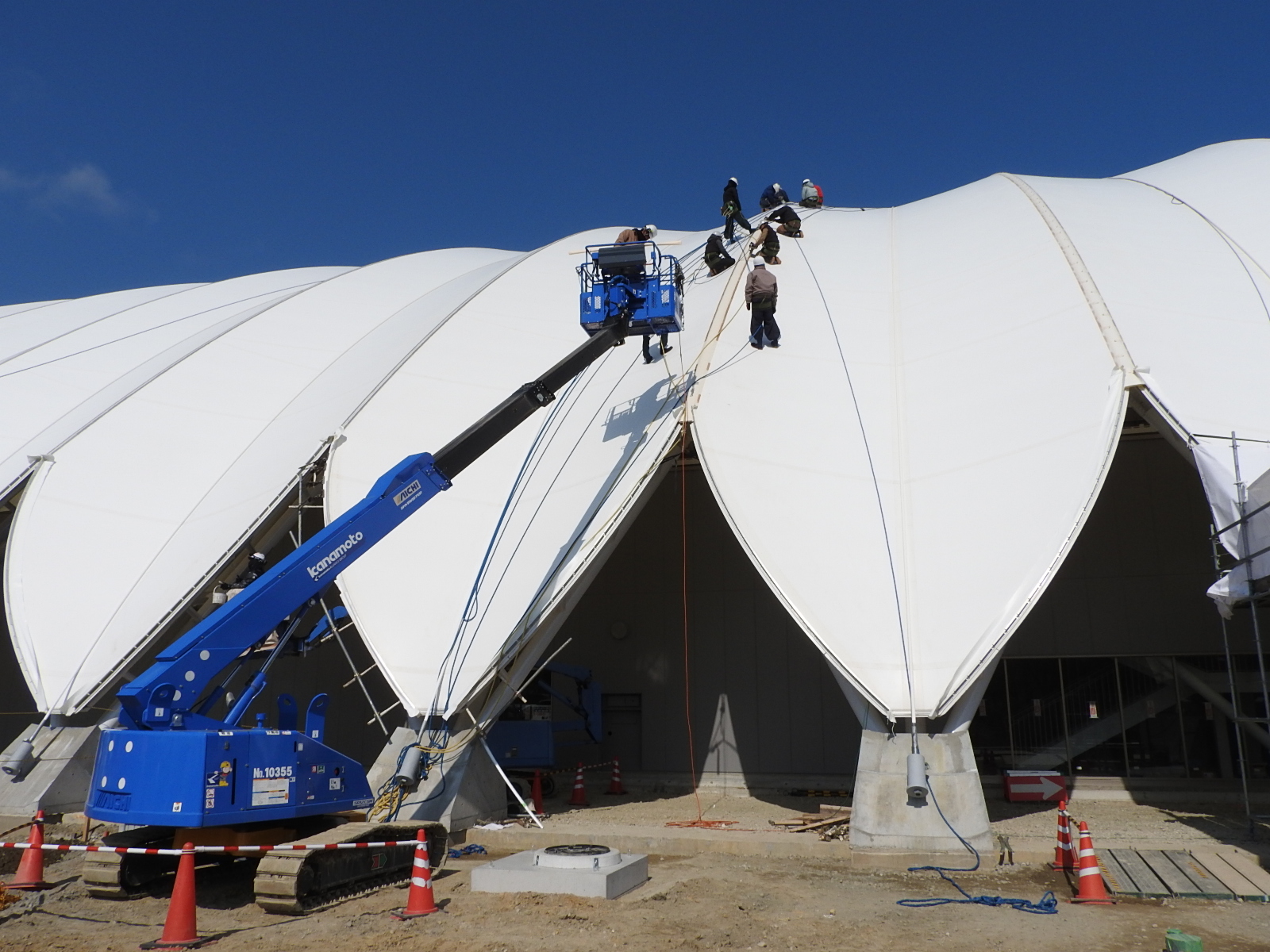 J Village, a soccer training center in Fukushima Prefecture has been undertaking reconstruction work after a long closure due to the 2011 Great East Japan Earthquake and the following Fukushima No.1 nuclear power plant meltdown. The center, which was used as a front-line base to deal with the accident and decommissioning, will open partially in July with newly-built nation’s first domed training field and a hotel building.
The reconstruction project of J Village, opened in 1997 as the first national soccer training center, includes restoration of the existing 5,000 seat stadium, nine soccer fields, the hotel and the fitness gym. The all-weather training filed and the lodgings will be added at the re-opening.
While the restoration works of the existing facilities were undertaken by Maeda Corporation, the new training field is designed and constructed by Maeda and AXS SATOW and the hotel building by Hazama Ando. (2018/03/02)